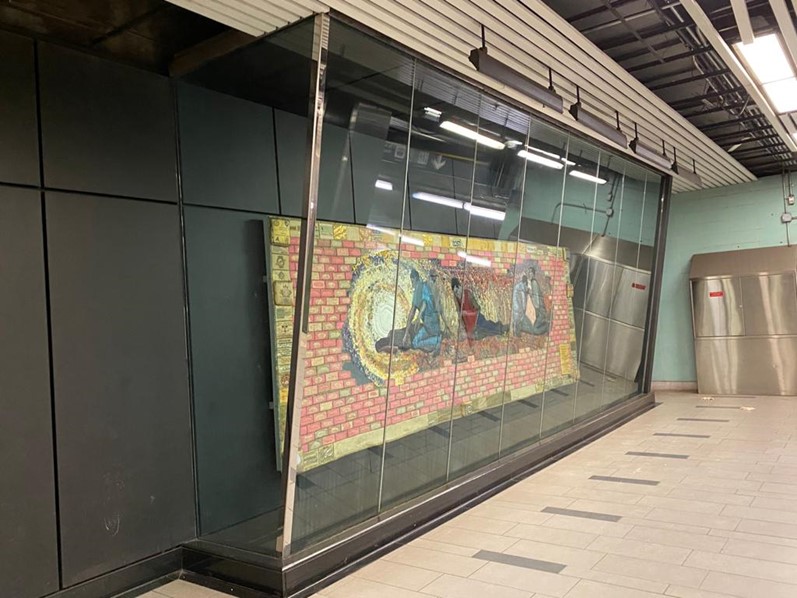 This quilt was created as a memorial to the five workers, Pasquale Allegrezza, Giovanni Fusillo, Giovanni Carriglio, and brothers Alessandro and Guido Mantella, who lost their lives on March 17, 1960 while working in the tunnel at Hogg’s Hollow. Fabric artist, Laurie Swim, was commissioned by COSTI with the help of the construction industry to craft the quilt commemorating this tragedy. 50 years later, the Central Ontario Building Trades and our affiliates working together with the TTC, EllisDon, the City of Toronto and other key industry partners, constructed a permanent display case for this beautiful, detailed quilt on the lower level at the York Mills subway station to properly house and protect it near the site of the tragedy. It serves as a reminder of those who lost their lives and was unveiled to the public on the 50th anniversary of this tragic event – March 17, 2010.

The early 1960s were a turbulent time for this province’s labour movement. The exploitation of workers, particularly immigrant workers, was widespread, with many forced to earn a day’s wages within highly unsafe working environments.

The Telegram, a Toronto daily back in the 1960s, published a series of articles on the abuse that these men were forced to endure in order to support their families. Lined up like animals, many of them had their muscles inspected before being hired. Most of them received no vacation pay, and were often forced to work weekends without pay.

These men worked for pitiful wages, and in fear of deportation. They were totally unaware of their legal rights, and of the working standards that should have been enforced.

Working on the tunnel, the men were required to climb down 35 feet into a cramped, dimly lit tunnel with barely enough space to move around. The tunnel itself was 6 feet in diameter, with a 36 inch watermain running through it. To pass each other, the men were forced to crawl into a ball underneath the pipe. As they worked, they wore no hard hats, carrying only their work tools. They had no flashlights.

To learn more about the Hogg's Hollow tragedy, click the links below:

Disaster on the Don 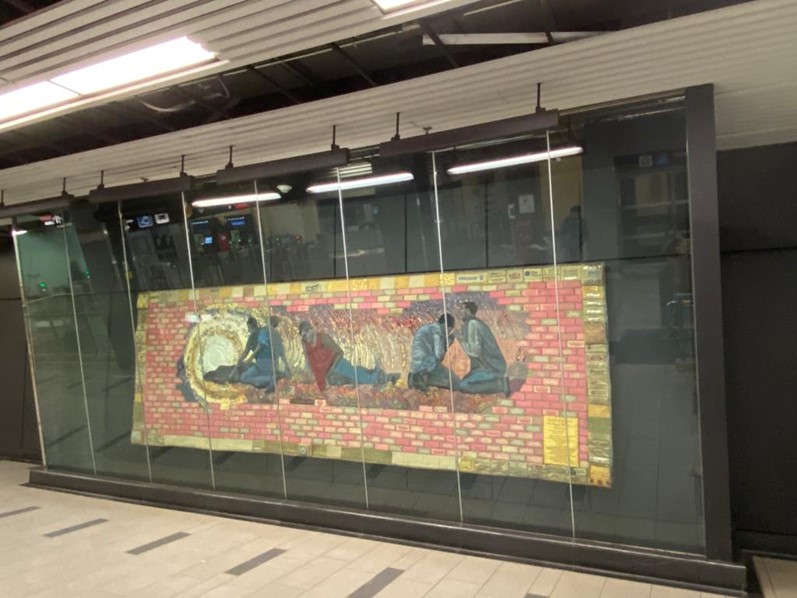 When a flash fire suddenly hit the tunnel, the men became trapped in choking smoke, and were unable to see their way out. Their passage to safety was blocked: by smoldering cables to the east, and by a cement tunnel support wall to the west.

In the mass confusion and panic that ensued, rescue workers shut down the compressors that forced air into the tunnel, causing much of the tunnel to cave in, and leaving the men to suffer the tortures of the bends as nitrogen bubbles expanded within their blood. To make matters worse, the floor of the tunnel was not properly sealed with cement, so that when water was finally poured into the tunnel to quell the fire, behind the water came a torrential flood of quicksand and muck.

For these five men, the dream of a better life died in a cramped, slimy tunnel beneath the Don River. The official cause of death was ruled acute poisoning by carbon monoxide and suffocation due to the inhalation of smoke, sand and water. It took 3 days of digging to free the bodies of these men from the tunnel as they were completely buried in silt and trapped under the 36 inch watermain that lined the tunnel. The bodies of the Mantella brothers were found kneeling beside each other in the posture of prayer.

Imagine the terror and the horror that these men experienced during their final hours – trapped in a swirl of water, quicksand, and choking smoke!